The Easter Wonderland Parade is a big hit, I’m told at Tokyo Disneyland.
Here are a couple videos. Enjoy! 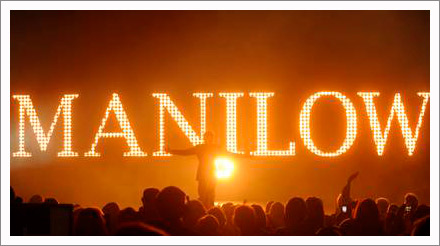 Barry Manilow’s new show at the Paris is up and running to some of the best reviews he’s ever received. I helped with some of the audio production for the show. Thought I’ve only seen rehearsals so far, it really is sensational with great music as you’d expect and a stage production unlike anything he’s ever done. Check out this unbelievable picture from the show. Amazing!